Weather:  16C at start; 21C at completion, partly cloudy/sunny with
off and on light rain showers
Duration of hike:  3 hours 46 minutes


Section:  7—from Woodgate Place and Timber Drive, into Warbler Woods ESA and
6—from Warbler Woods entrance on Commissioners Road into Kains Woods to
Tigerlily Road and Riverbend Road 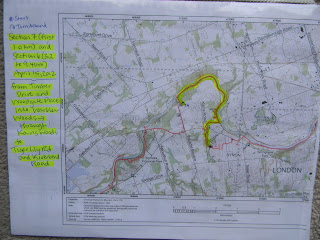 The sights, sounds, and smells of spring were abundant as we left the city limits and headed back onto trails that lead us into the woods and along the river’s edge.  While the paved bike paths made for an easy go, it was good to return to a more natural setting. 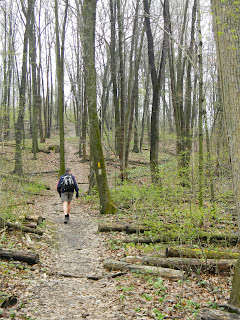 The mild winter and early spring brought the trilliums out ahead of schedule.  Normally they wouldn’t be making an appearance for at least another month, but they weren’t waiting any longer.  This seemed to be the weekend that they were making their debut in southwestern Ontario as we spotted numerous patches along the trail. 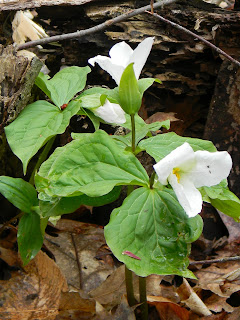 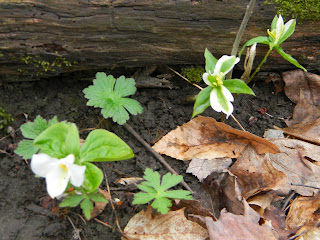 Skunk cabbage, another regular player in the spring foliage, was popping up everywhere in the low lying areas as well.  We also spotted some trout lily and yellow avens. 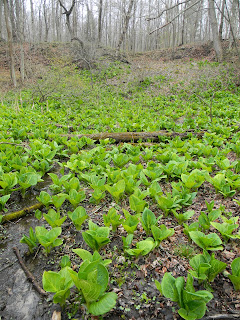 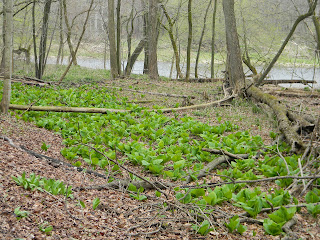 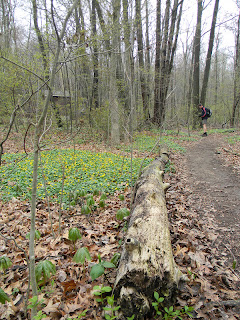 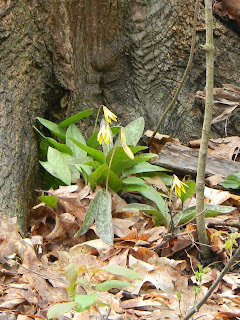 This stretch was a bird watcher’s paradise, as we saw and heard the calls of many different species; the shrill cry of red-winged black birds, the aggressive warning of blue jays, the melodic tune of golden-winged warblers, the jack hammer rat-a-tat-tat of woodpeckers , and the harmonious sound of cardinals.  That doesn’t even include the water fowl that we saw on the river which included various types of ducks and Canada geese, of course! 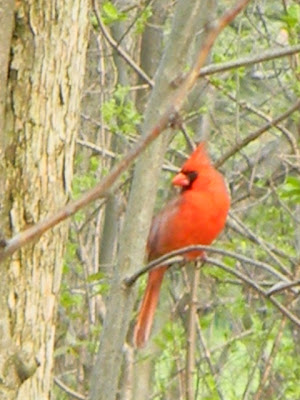 With the exception of only a couple of road crossings, most of this section took us through Warbler Woods and Kains Woods on the west side of London. 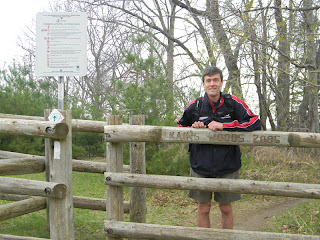 I remember when developers wanted to build homes along the Thames in the Kains Woods area a few years ago.  There was a lot of opposition to this plan, for fear of destroying Kains Woods or damaging its natural state.  While the development has, no  doubt, made an impact on the area,  it appears there has been a compromise that allows some of Kains Woods to keep its location along the river’s edge.  This includes the path of the TV Trail as well, and that is a wonderful thing! 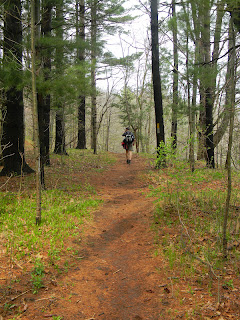 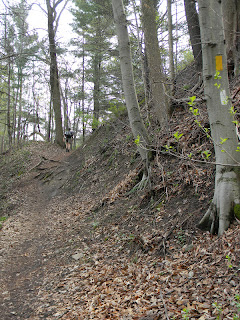 The gentle rain that fell from  time to time, while we were out, definitely helped to enhance the green smell of the earth as we tramped along.  Is there any fresher scent than that?  If only I could capture that in a photograph!  Someone should invent “scratch & sniff” technology for computer screens….then that could come through in these images. J  In the meantime, the next best thing is to just get out there and on the trails! 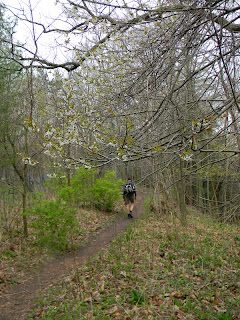 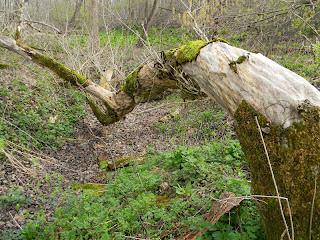 This is a good section to observe the geological formation known as the Ingersoll Moraine.  A moraine is a long narrow ridge of land that was created after the glaciers retreated and melted.  Left behind were piles of rocks, gravel, and soil that helped to shape much of the Thames Valley region. 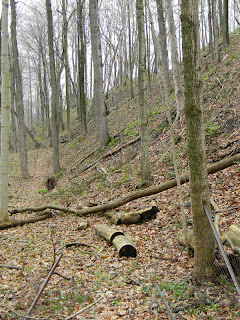 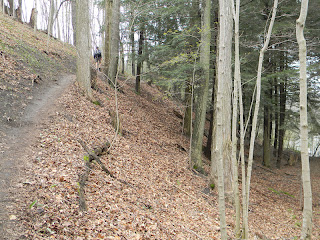 The first official hike of spring was through a perfect setting for this time of the year.  Paths that wind through wooded groves with their buds breaking out, high up on the river bluff offer much for the naturalist. 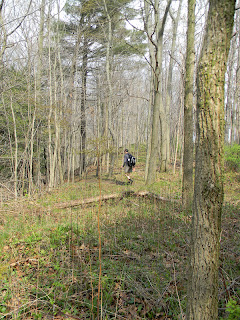 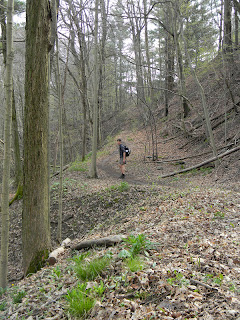 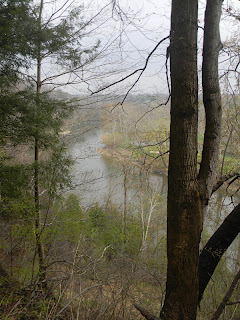 There were a few climbs, up and down the bluff, but the reward at the top was always a panoramic view of the Thames.  I think it’s safe to say that this section of the trail would be enjoyable to hike from an aesthetic point of view, regardless of the season. 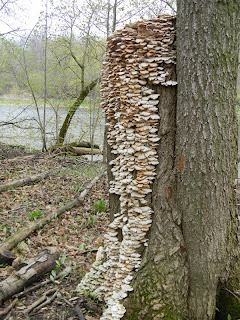 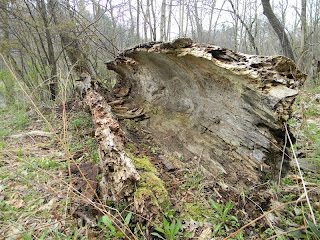 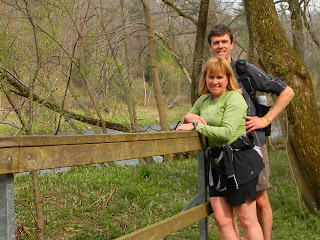 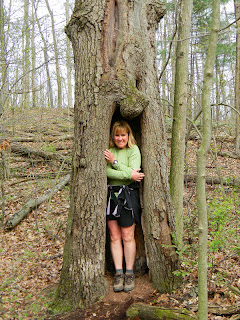 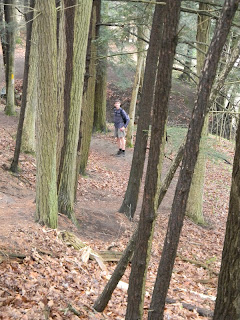 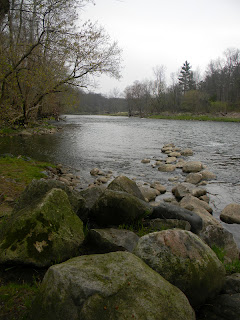