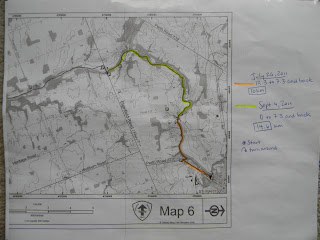 For the second leg of our hike, we would be completing Section 15 of the trail.  Instead of starting at the end point of our first leg, we chose to make that our turn-around point and started from the opposite end. So we parked the car just off of Highway 7 at Blanshard Line 1 and, in spite of some looming rain clouds, we headed out.  There only ended up being a few light sprinkles for the duration of the hike, so we were glad that we decided to go. The road serves as the entrance to the River Valley Golf and Country Club, so it wasn’t hard to find. 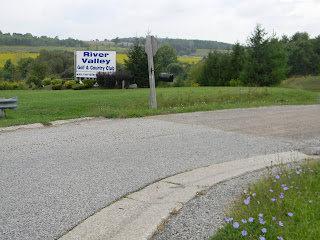 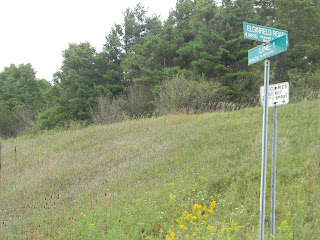 Walking along the road, we very soon came to the 3rd tee of the golf course, which was where we crossed a gully using a golf cart bridge.  Staying to the edge of the first and second fairways, we kept our eyes open for any stray golf balls that might come our way.  It wasn’t very far before we left the golf course property and headed onto the trail. 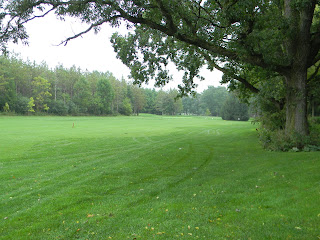 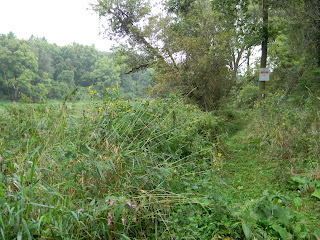 This section of the trail was along some relatively low lying areas by the Thames River, with one or two small climbs up and down some bluffs.  These climbs took us away from the river a bit and usually through some wooded areas.  Much of the trail was made up of old farmer's tracks.  There was even one spot where the track lead right into the river--a spot where farmers once forded the river to the village of Rannoch. 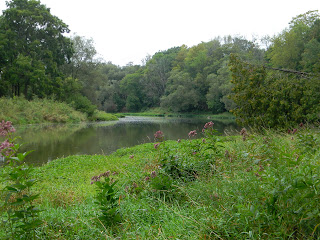 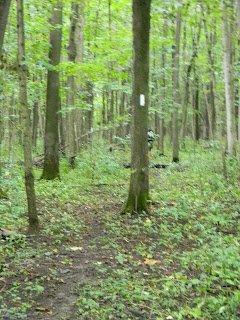 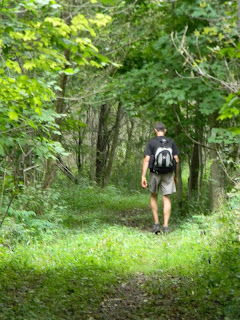 When walking along the river, it was incredibly quiet and peaceful.  The air was heavy with humidity with little wind; but every so often, a light breeze would offer some respite.  All you could hear was the trickle of water over the river bed rocks and the sounds of some kingfishers working out a dispute.  Paul even thought he saw a bald eagle swoop out of the trees and dive down to the water, catching a fish.  Or it might have been an osprey.  Whatever it was, it was a very large bird with a white head.  We expected and hope to see at least one blue heron—very common along the Thames River—but no such luck today. 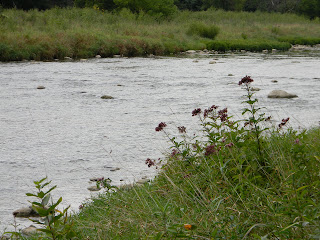 One section along the river’s edge was deceptively challenging to maneuver.  Here, we were walking on the rock bed of the river, but the rocks were covered in grass.  While the river level was very low at this time of the year, the rocks were still a bit slippery and uneven, and consequently we had to be very careful about foot placement. 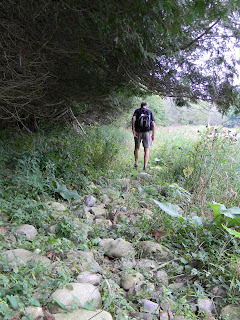 But the views of the river along the way were nothing but peaceful and serene.  With the exception of a few farm fields that we passed, there was little to indicate that civilization was nearby.  Not even a farm house or barn was seen along this stretch.

Here we are at our turn around point--7.3 km from where we started.  Recognize this spot?  You should, because this was our turn around for the first leg--but we came from the opposite direction. 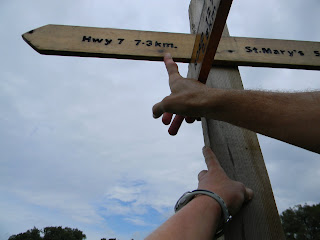 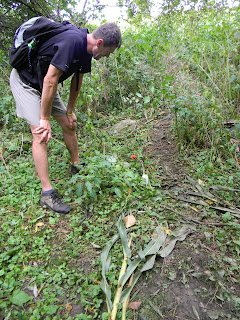 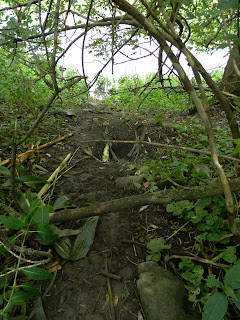 We did see lots of evidence of animal life though.  A muskrat or ground hog hole was discovered by the river’s edge and you could see a path from the bordering corn field to the entrance of a burrow, where the animal has been busily stocking up for the winter.  We came across remnants of what looked to be a seafood feast at one time—empty clam shells were left behind, long after the river had receded from its spring levels.  And one edge of a corn field had been trampled and the corn consumed by deer, by the looks of the hoof prints in the dirt. 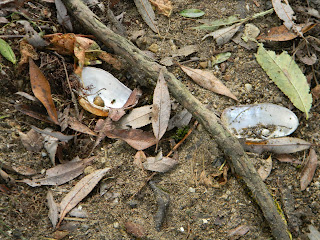 Signs of fall were apparent as well with the fruit of wild trees and vines showing in full force and just a hint of change of colour in the leaves.  I suspect our next hike will offer a greater show of colour.  It will be interesting to see the changes as the seasons pass. 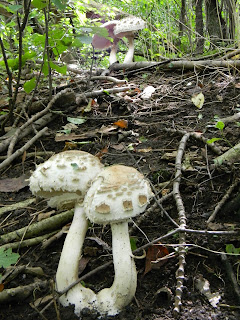 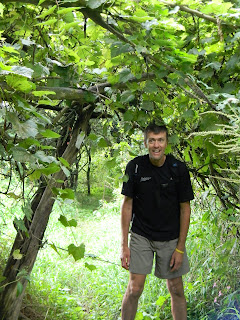 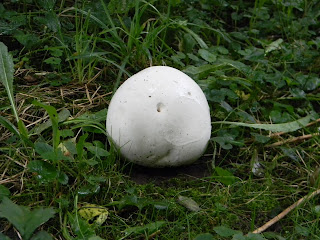 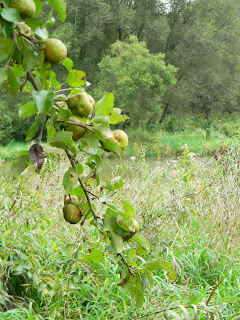 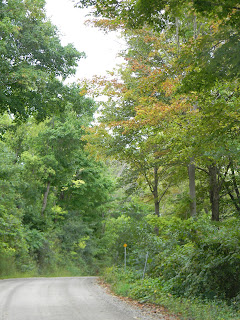 I love the massive willows that grow along the edge of the Thames River in many places and this section of the trail had more than its share.  There was a variety of different plants and trees, including the stinging nettle that both Paul and I managed to have a run-in with. 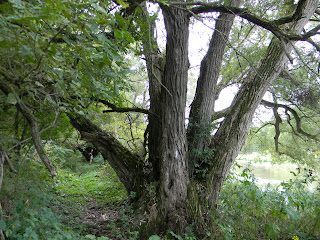 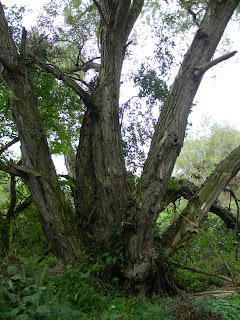 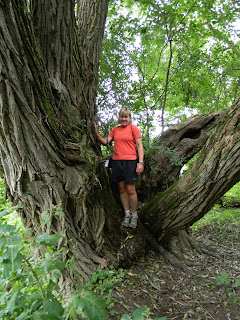 As we turned back to the car, it’s always surprising how much faster the return trip seems to go.  Before we knew it, we were at the edge of the golf course once again.  This time, someone was teeing off at hole #1 and while picking up stray golf balls, we heard the ball crack off of the tree and out of bounds.  Must be a difficult first hole because we found 16 balls—not a bad treasure trove and probably enough to get us through our next game for sure!  And just as we finished, the rain that had been promised, finally started to fall....perfect timing! 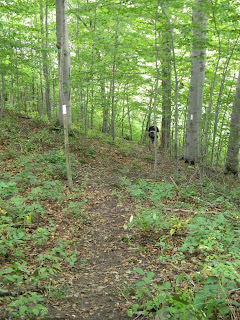 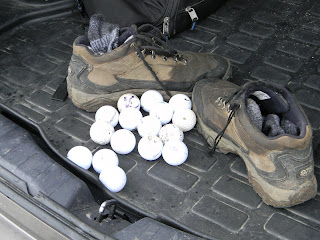