Section:  8—continuing from parking lot at Springbank Gardens Community Centre on Wonderland
Road to Commissioners Road west of Halls Mill Road, and
7—from Commissioners Road and Halls Mill Road to entrance into Warbler Woods ESA at
Woodgate Place and Timber Drive
Distance:  13.2 km            Cumulative distance:  132.7 km
On this leg, we continued to make our way across the west end of the city, much of it through London’s Springbank Park. 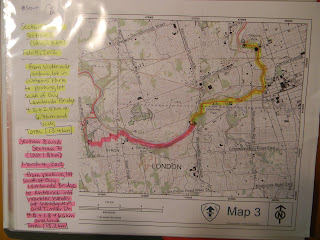 The trail, for the most part, still consisted of paved bike paths, especially through the park itself, allowing us to maintain a quick and steady pace. 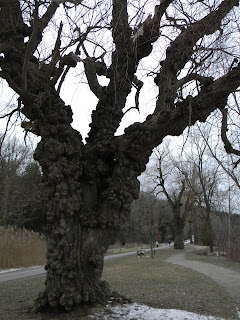 Like the previous trails through the city, we have been this way many times before, either cycling or running.  Springbank Park is well used by the citizens of London.  The day we completed this leg was no exception.  There were countless individuals walking, running, and biking, of all ages, in spite of the chilly day that it was. 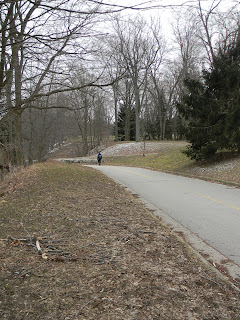 Springbank Park’s origin began in 1878 as “Chestnut Park”, a popular destination for city dwellers looking for a country-like setting for a picnic.  Over the years, the park has evolved and transformed itself many times.  But it has always been an idyllic natural setting for people to enjoy the outdoors. 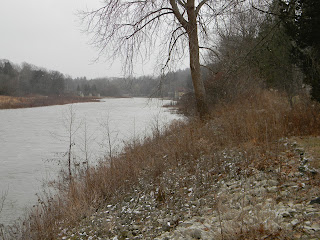 The original pump house, that had once taken in river water for the city water works, still remains standing at the east end of the park.  This quaint little building shared its site with a small hotel long ago, as this spot also served as a ferry terminal from the city which is up river. 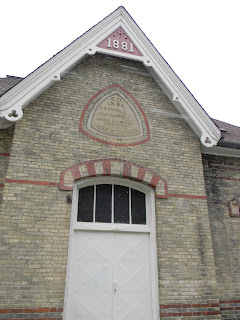 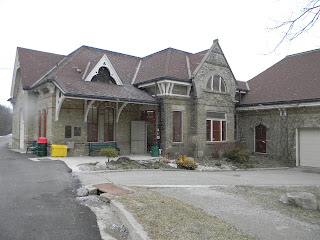 At the far west end of the park, we passed what is officially the halfway point of our little adventure!
The Thames Valley Trail used to begin at this point, but was extended further southwest to connect to the Elgin Trail.  This happened in various stages; first, to Kains Woods, then to Komoka Provincial Park, and finally through Delaware to terminate in Talbotville, where the Elgin Trail begins.  One could go from the Elgin Trail, continue along the Thames Valley Trail, hook into the Avon Trail which then connects to the Grand Valley Trail and then eventually access the Bruce Trail in the vicinity of Acton Ontario.  Quite the trail system indeed!
Leaving Springbank Park, we headed out into the streets of what was once the small village of Byron, located on the western limits of London.

After making our way through the neighbourhood streets, we made our turn around point just at the entrance to Warbler Woods, another ESA within the city’s limits.
Our next leg, or the beginning of the “second half”, will take us into some unknown territory and back onto wooded trails.  We’re looking forward to that, especially as spring weather is just around the corner!
﻿ 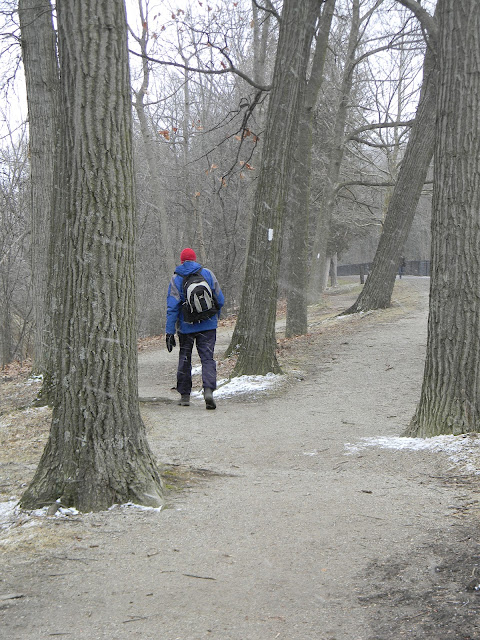