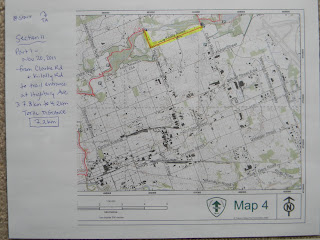 After crossing the Clarke Road bridge over the Thames River, the trail heads west on Kilally Road to Highbury Avenue, well away from the river’s edge.  This is the second time the trail has to follow along roadways, as private land ownership doesn’t permit passage through. 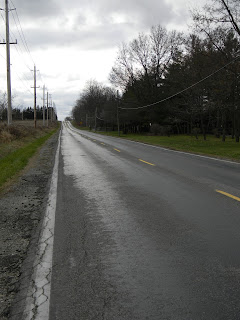 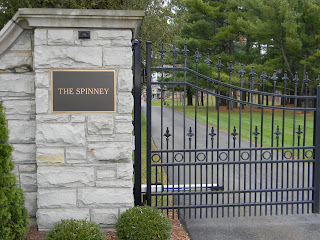 There are only a few homes built along this stretch, one of them being the very stately property known as “The Spinney”.  This country estate has been here for quite some time and was once the family home of former Ontario Premier David Peterson.

Unlike Valleyview Road, this section offers few, if any, glimpses of the river along the way, so we had to settle for whatever hidden treasures we could find as we trudged along.
The only real view of the river that we got was the one from the Highbury Avenue bridge.  Looking east, we were surprised to see the small island formation in the river; something we had never noticed before. 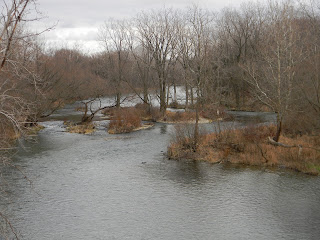 After all, it isn’t easy to see over the bridge’s solid rails as you drive across it in a car.  But there it was, beautiful and completely hidden from the eyes of most people.

This was the shortest hike we’ve completed to date.  We didn’t do the full distance of this section due to time constraints, but we did complete the least exciting part of it, just to get it done and out of the way.  Next time, when we complete the other part of Section 11, we will actually be able to walk from our home to the starting point, rather than driving in the car.  The trail is now getting closer to our “own backyard”, so to speak, and we will be retracing our steps on paths that we’re very familiar with. 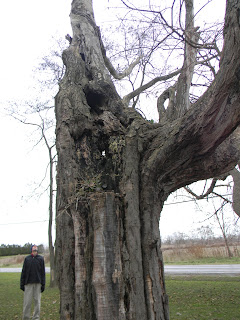 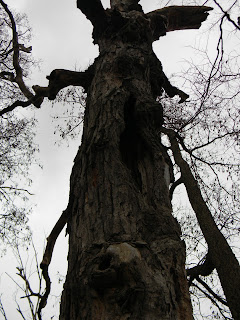 Duration of hike (including a lunch stop part-way):  3 hours 22 minutes
Section:  12  (from Fanshawe Golf Club Parking Lot to Clarke Rd & Kilally Rd)
Distance:  11.2 km            Cumulative distance:  79.1 km
Completing the other half of the trail that passes through Fanshawe Conservation Area on the west side of the river, was a journey through familiar territory as well as a trail blazing experience.  This part of the trail passed through the campgrounds, which was an area both of us have either ran and/or cross country skied on.  Further along, the trail went past the dam and out of the conservation area toward Clarke Road; a section that neither of us had ever been on. 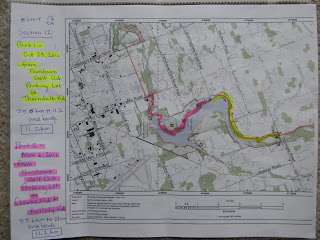 We lucked into another beautiful fall day for a hike.  As we pulled into the Fanshawe Golf Club parking lot, there wasn’t any shortage of golfers doing the same, taking advantage of yet another gift from Mother Nature.  The colours weren’t nearly as pervasive as they were in previous weeks, but there were still some surprises nonetheless.  As well, while we didn’t encounter as many other hikers along the trail, we still saw others enjoying the area and the river itself. 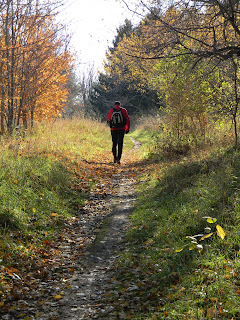 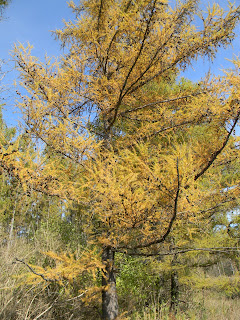 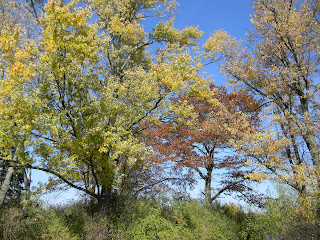 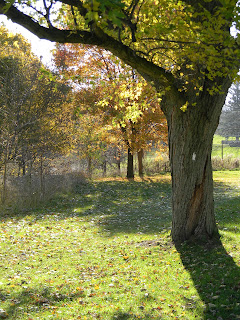 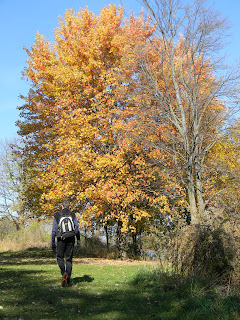 The National Women’s Rowing Training Centre is located in London and the outdoor basin is located just east of the dam.  Though we didn’t see any future aspiring Olympians out in their shells that day, we did see one or two other boats on the water. 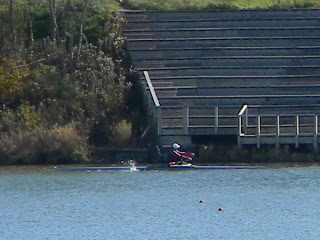 There were also a couple of canoes paddling down the river. I’m sure the occupants were incredulous of the fact that they were on the water and it was the first week of November! 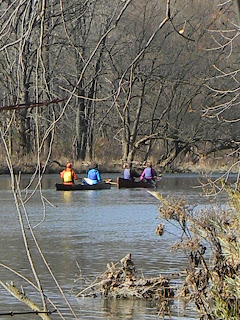 The campgrounds were deserted as the season had ended in mid-October.  Camping is available on a temporary and full season basis.  By the time we were ready for our lunch, we were passing back through the grounds and found a picnic table that came with a nice view of the water. 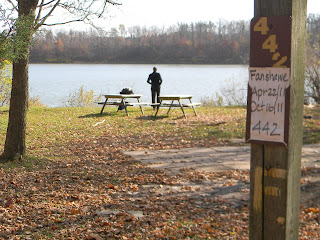 It was obvious that the tenants of this camping spot are regulars as evidenced by some of the things that remained in place, waiting for their return next spring.
While we’ve driven over the dam itself, numerous times, this was the first time we saw it from river’s edge.  Just below the base of the dam, there were several people casting their lines and getting some late season fishing in. 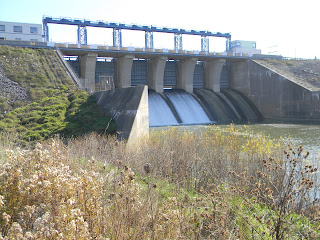 As we continued west of the dam along the trail, it climbed up high on the bluff.  Some gorgeous panoramas were the reward, complete with some bird’s eye views of some of the rapids along this stretch. 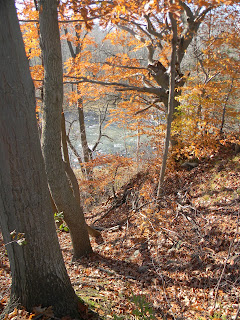 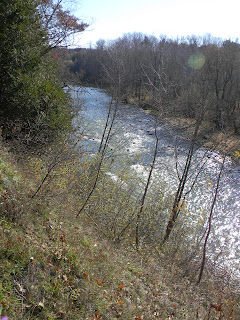 The walk over the Clarke Road bridge gave us an upstream view of the river, though we had to ignore some of the garbage that had accumulated at the side of the road, compliments of those with little regard for our environment unfortunately.  No need to post pictures of this sort of unpleasantry!  If we were going to abide by the rule of taking out ours and everyone else’s trash, then we could well have used a wheel barrow or two! L 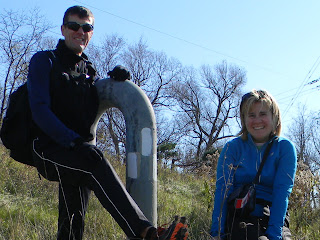 Our turn-around point was the trail blaze indicating the turn onto Kilally Road.  Our next hike will either start from here, or it could be the turn-around coming from the other direction.  Whatever the case, the next section will be a long trek on the road as the trail does not have permission to continue along the river due to private land ownership.

At any rate, we will be heading into the London city boundaries; a goal that we had made for ourselves as winter approaches.  Once we are back on the actual trail and not on the roadway, we will be in very familiar territory to say the least.  As we forge on, we will be on a part of the trail that we run on, on a regular basis.  And, a lot of the trail will pass through the city’s parks, on paved bike paths.  If winter conditions are such, we may even do a little snow shoe hiking!
Posted by Kathy at 11/20/2011 06:25:00 p.m. No comments: